While working on our scores, we had to develop some collateral stuff. Hoping they may be of some help to other peoples working on similar projects, we make them available here as soon as they reach a deliverable status.

A small collection of svg files with symbols for making incipits for Renaissance editions: 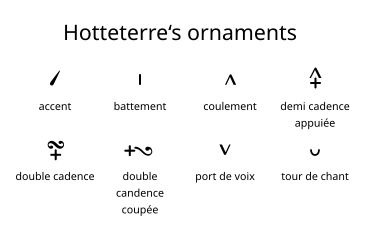 Each svg element is ready to be inserted in a MuseScore score without scaling or adapting. Of course, sources from these authors, also include other ornaments, which however should be already available in a musical notation programme.

VistaMare Musica scores are all engraved with MuseScore and use MuseScore's own fonts for the musical symbols. For all textual matters, they use free, open source typefaces with more character (pun intended!) than the average, ubiquitous computer fonts.

In April 2108, I restyled the score texts and I looked for other typefaces.

EB Garamond, a gorgeous, historically conscious, rendition of a typeface which marked the history of Western typography, was the perfect match for my historically oriented scores.

As MuseScore sometimes has problems in telling which font is which, I had to rename the fonts themselves with more distinctive names, but for the rest they are identical to Duffner's originals, in particular, none of his glyphs is modified or removed.
The same typeface — with subset fonts, to speed download up — is also used for this web site, in combination with Josefin Sans Light for the titles. 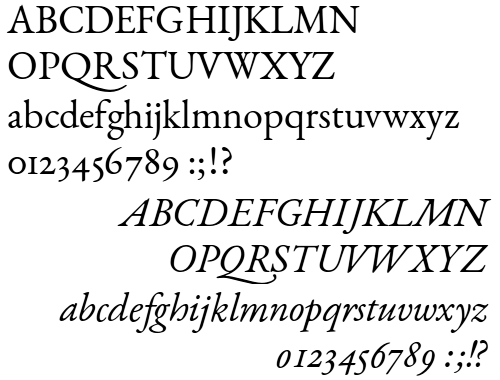